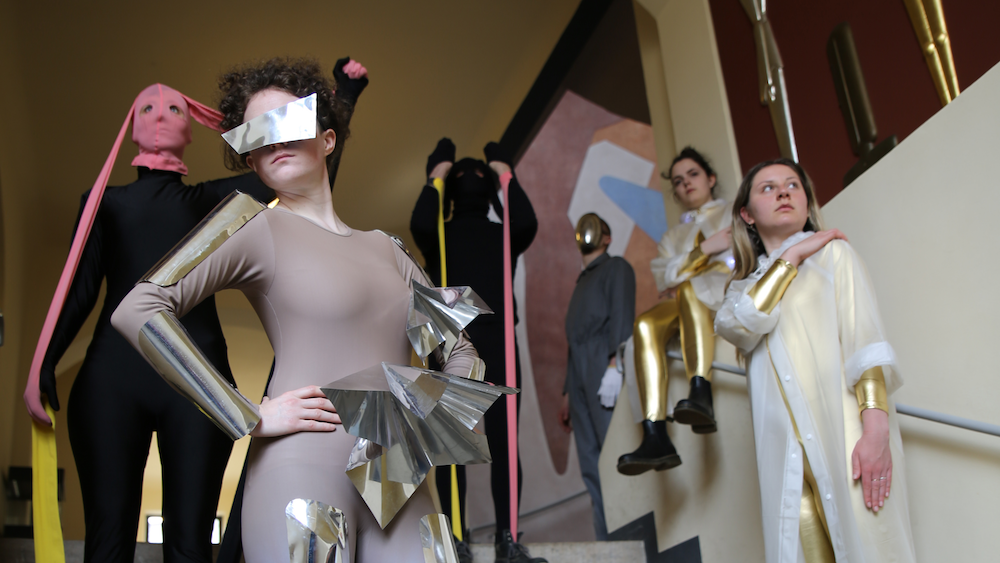 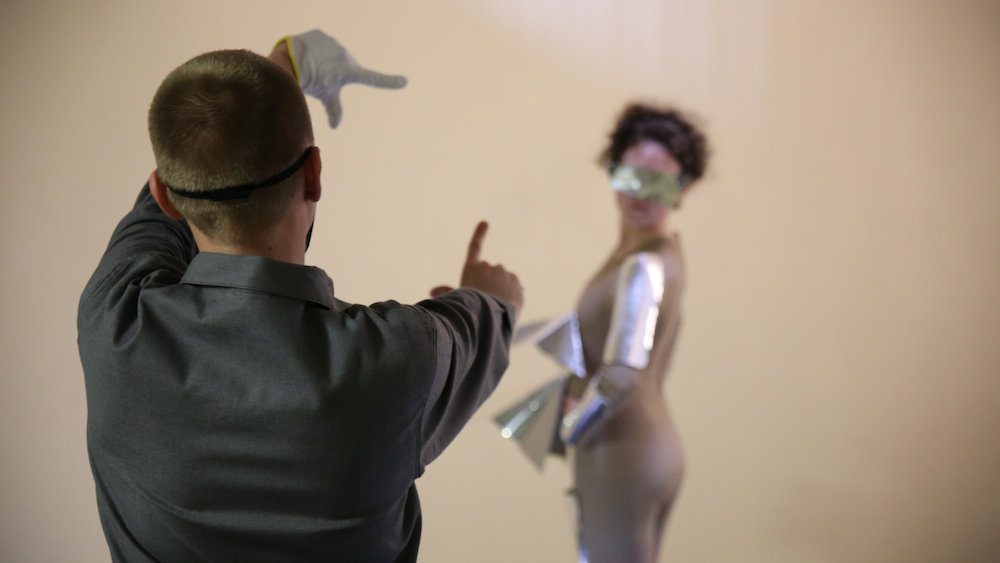 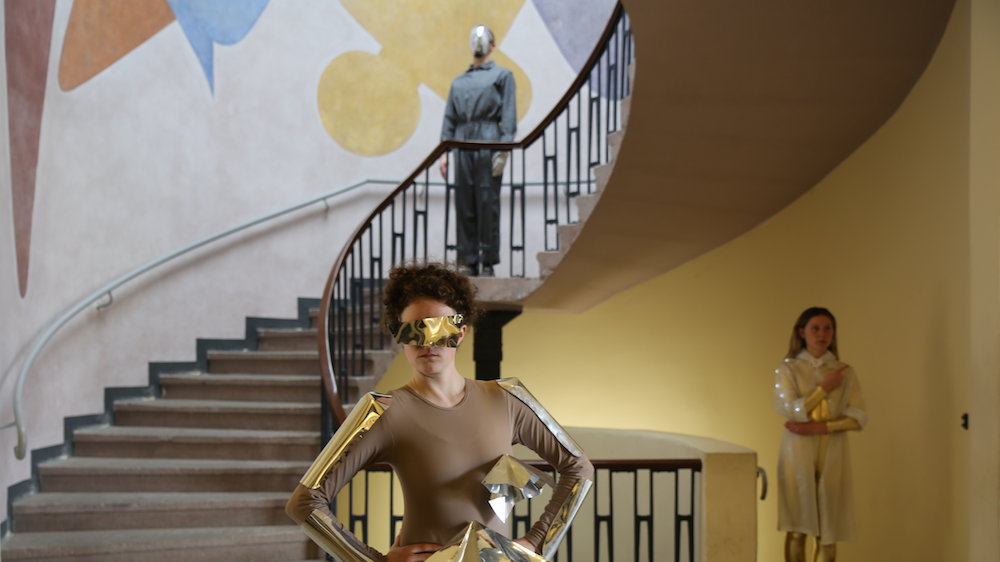 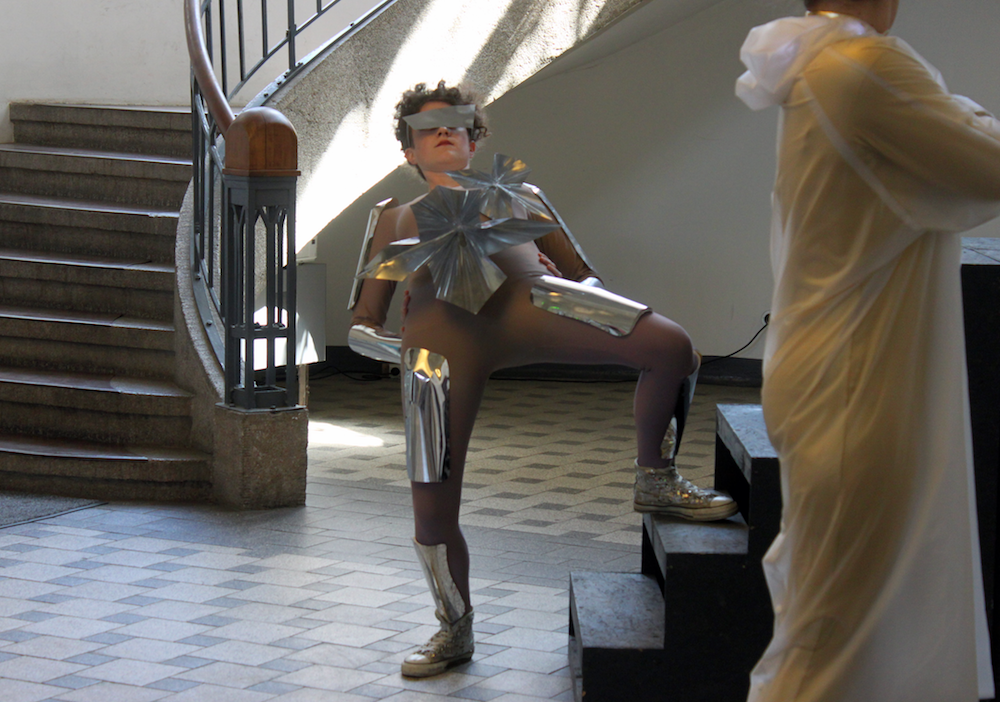 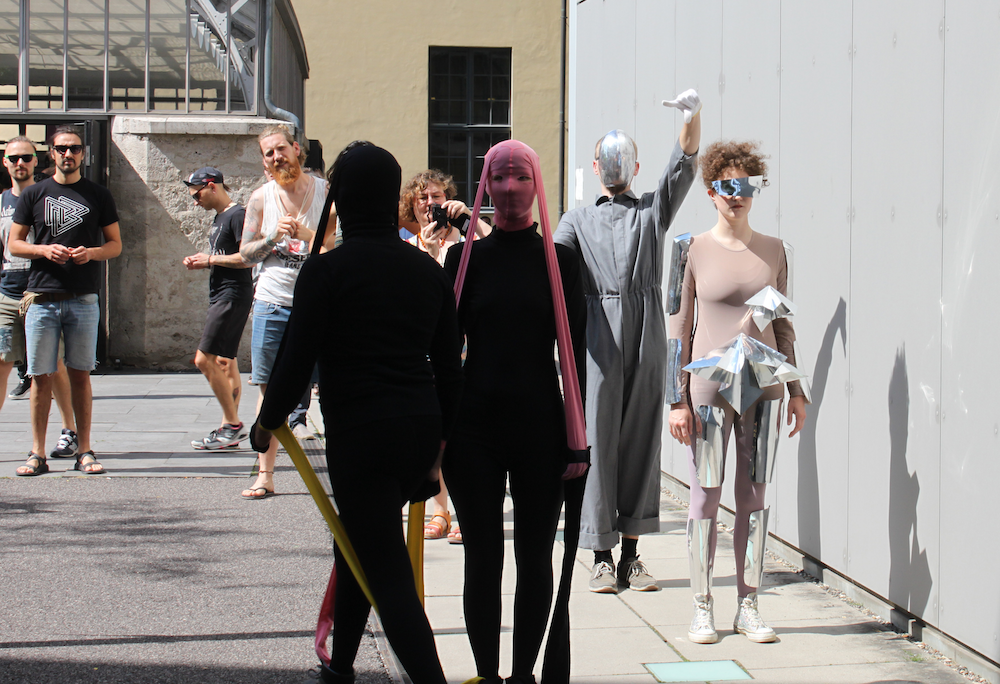 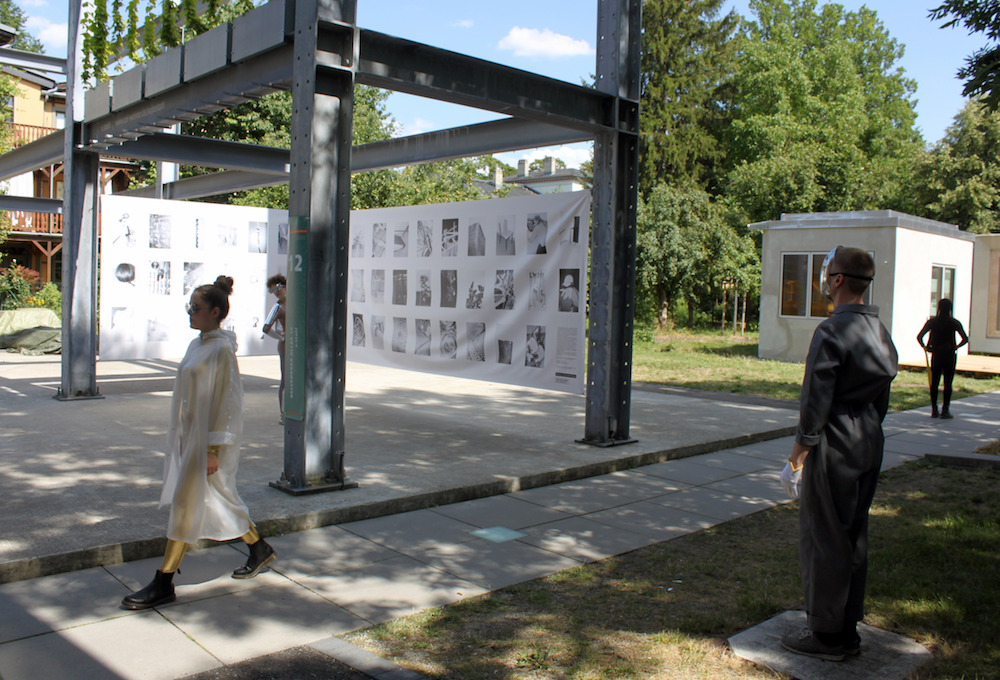 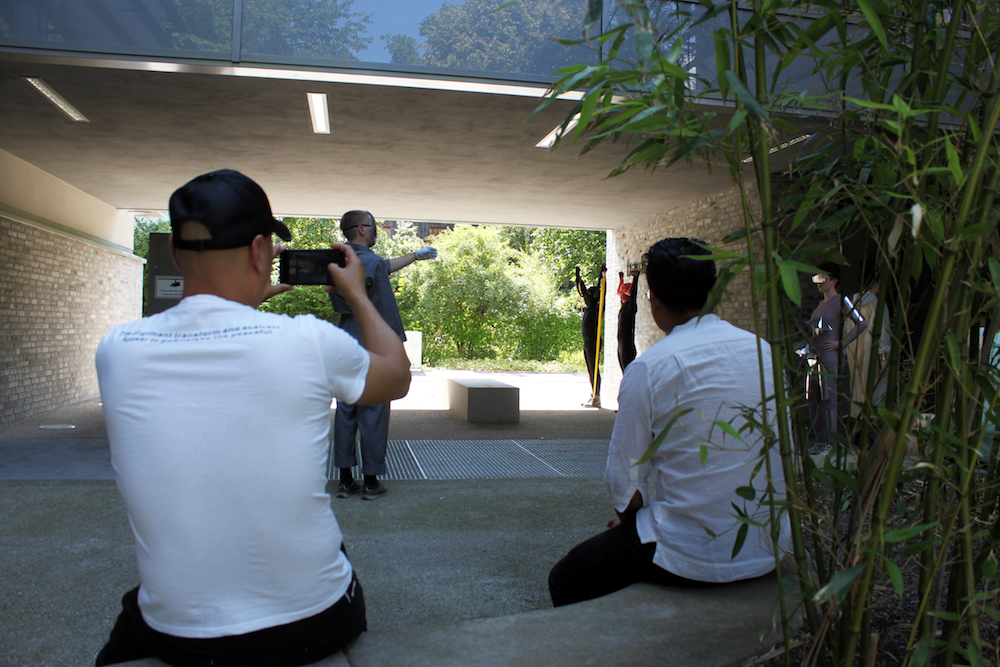 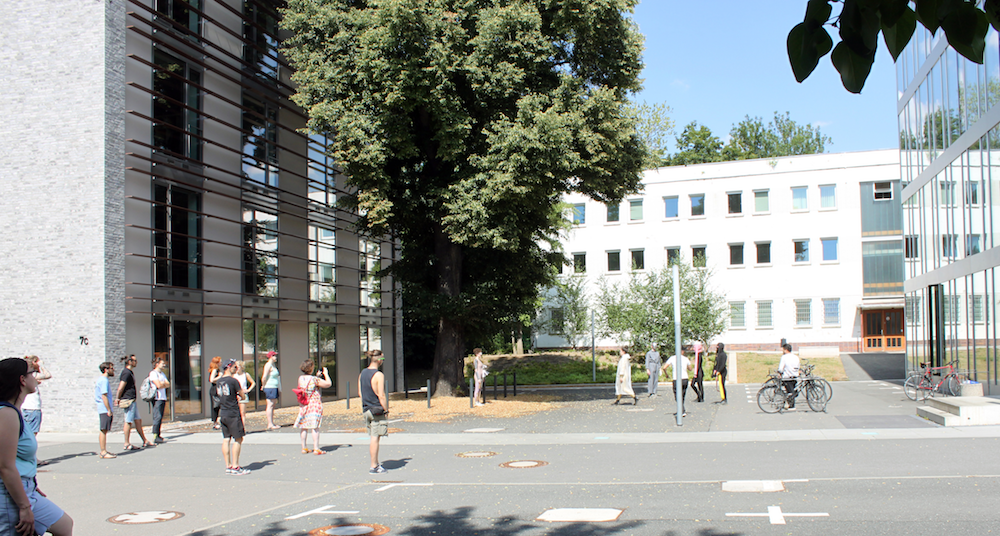 The interactive performance invites its audience to experience the correlation between space and body, manifested in the »Kunstfigur«. Firstly presented in April 2018 as my master thesis the performance has been shown within various events associated with the Bauhaus centenary in 2019 for example at the Republic of Spirits - Das Bauhausfest der Weimarer Hochschulen as well as the part of the Cirque du Bauhaus Immersive Musictheater at the Zeiss-Planetarium Jena. Performed by Helena Wölfl, Anna Degonda, Vicktoria Kerl, Lilly Haas, Filippo Celuzza, Florian Tepelmann, Liese Endler. 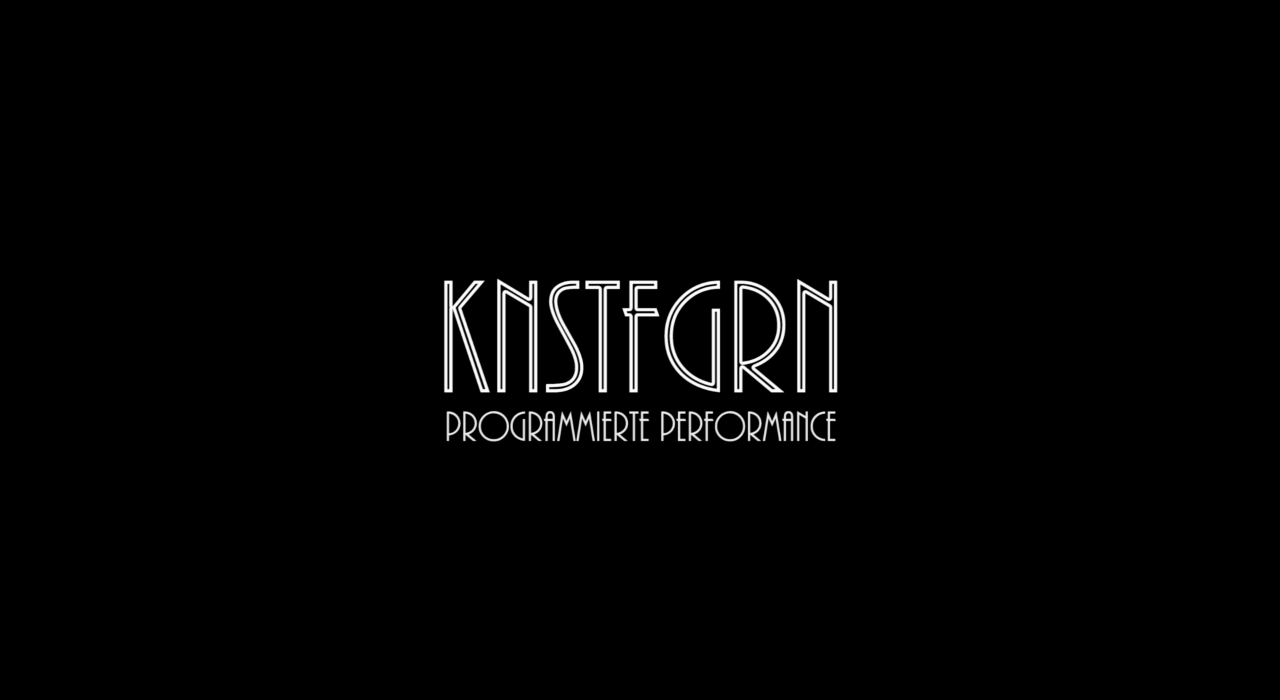 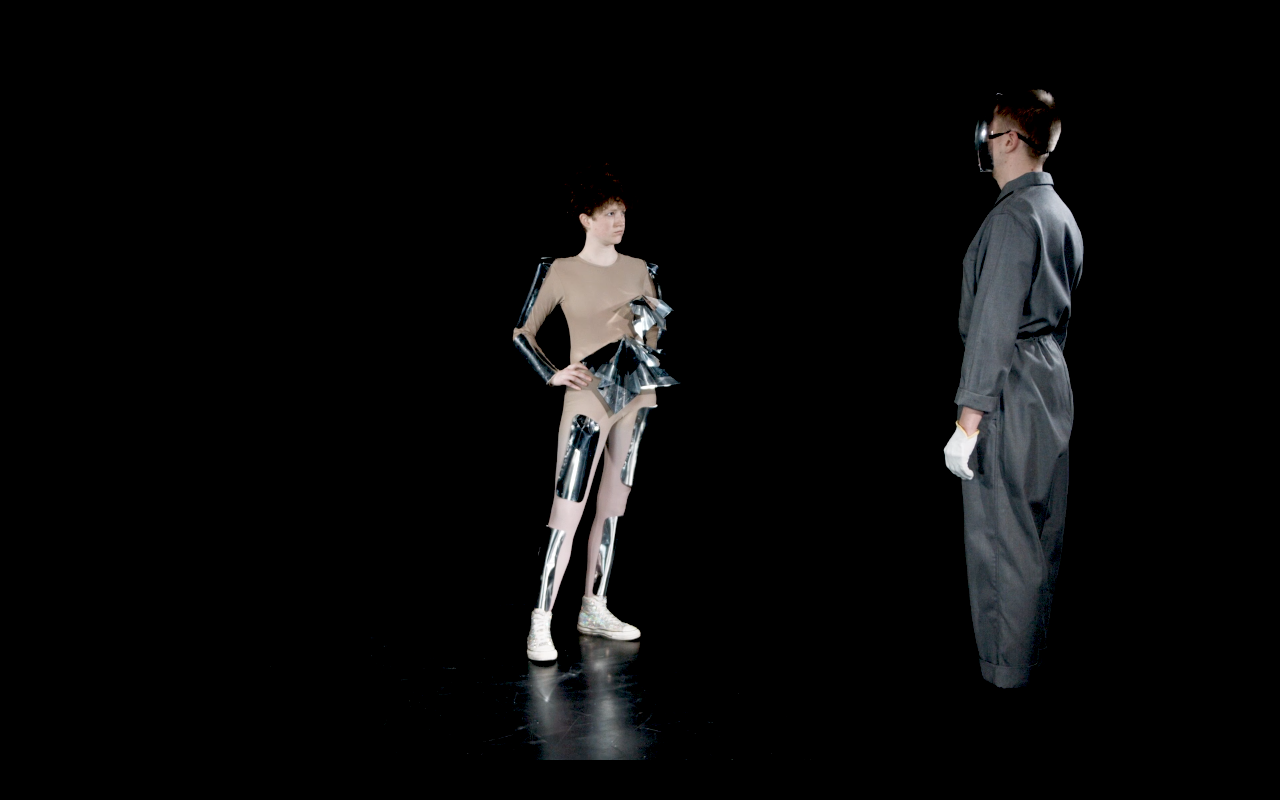 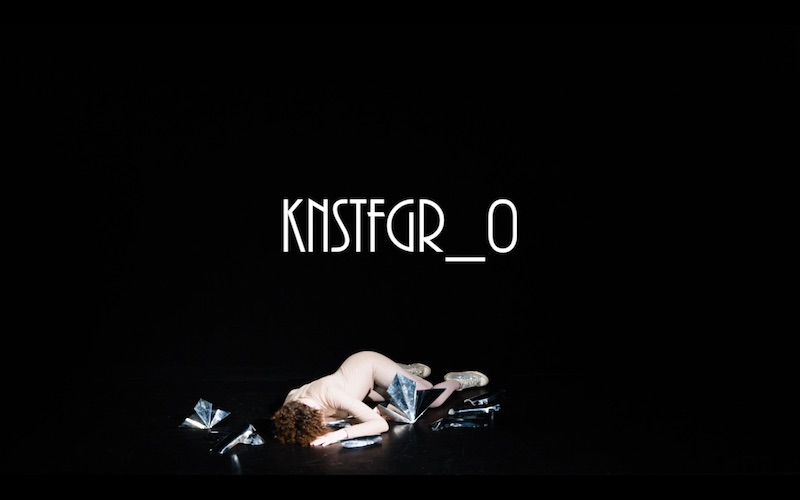 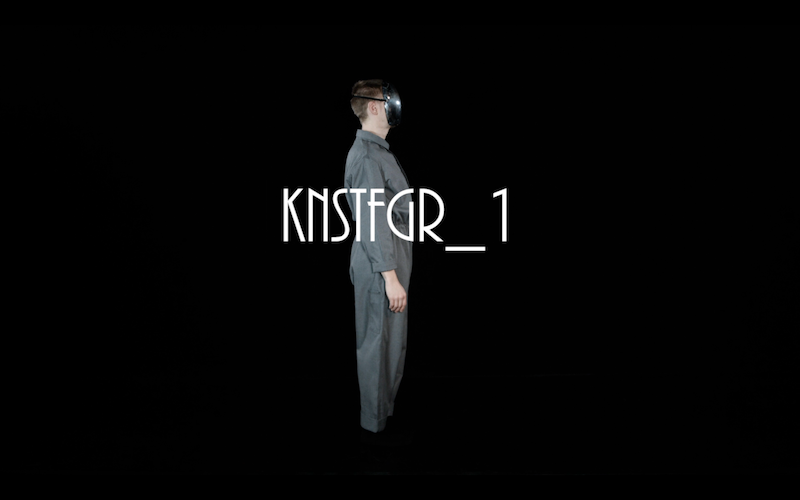 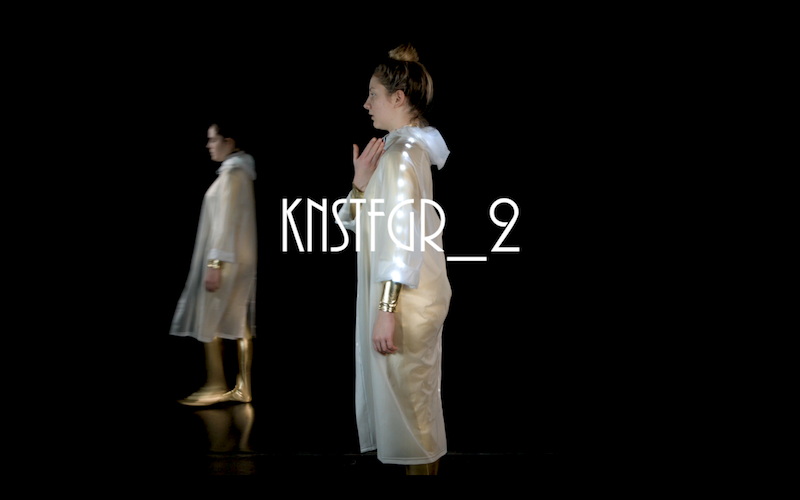 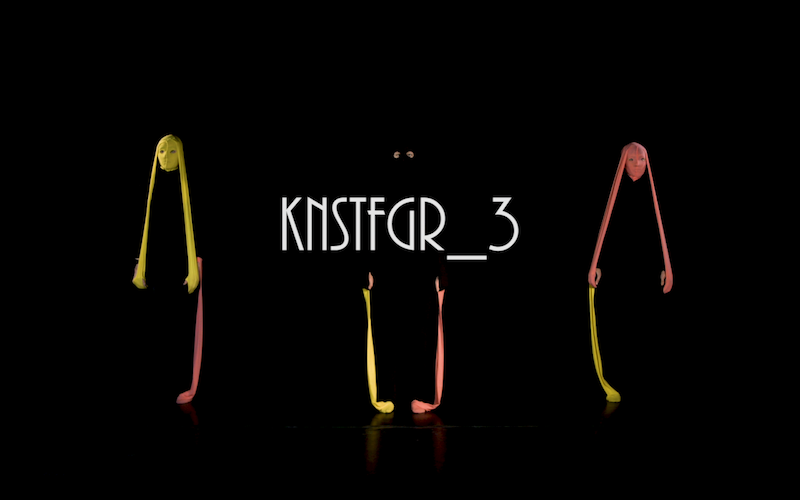 How to Decode Urban Signs 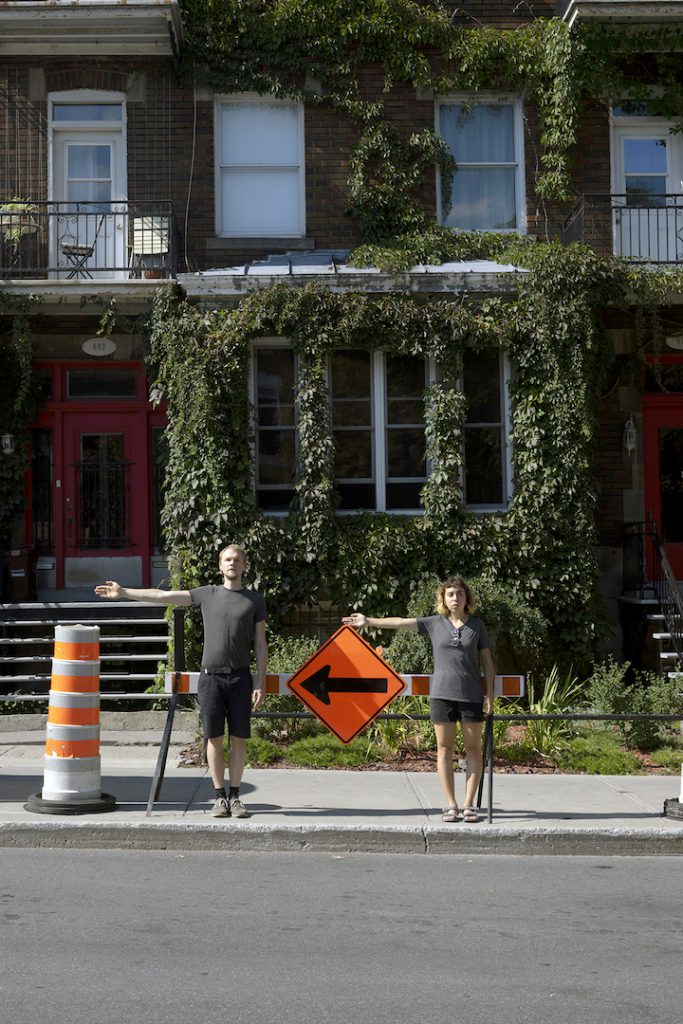 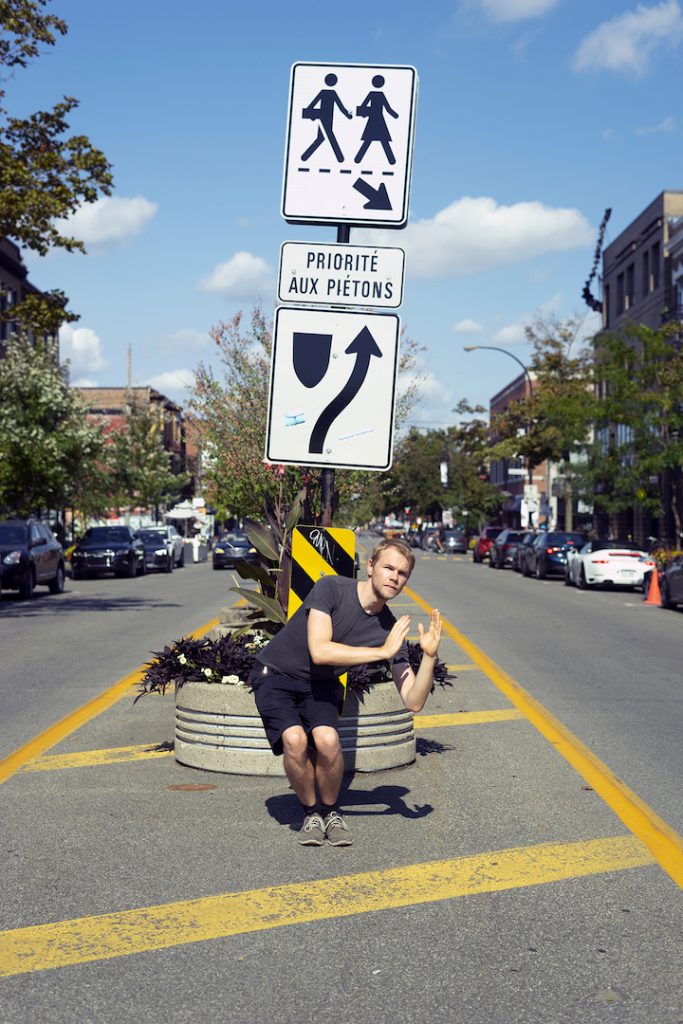 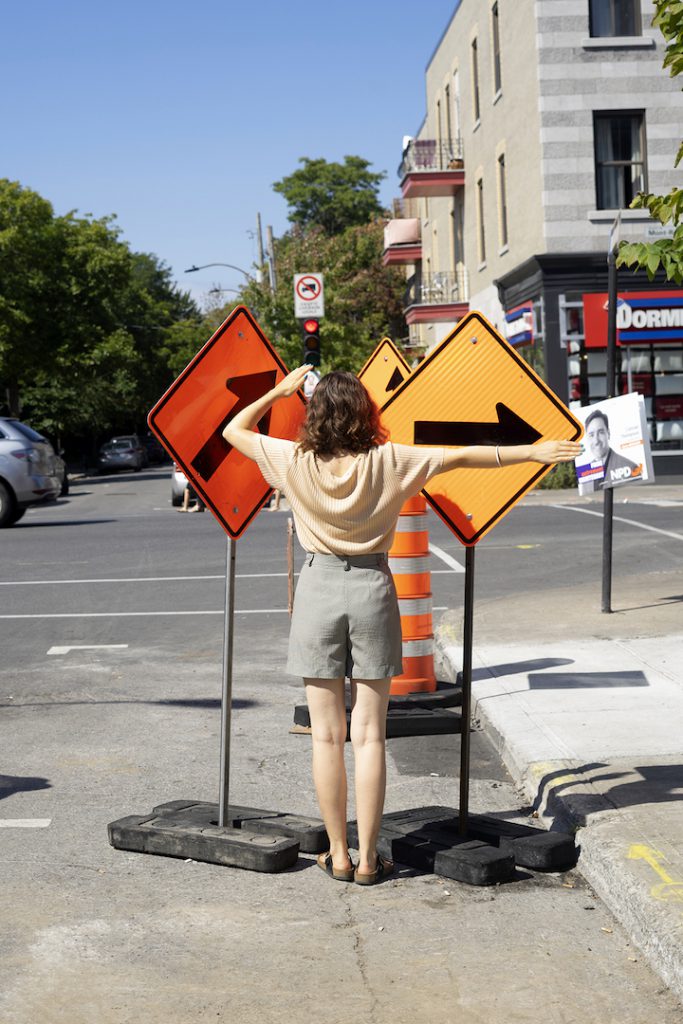 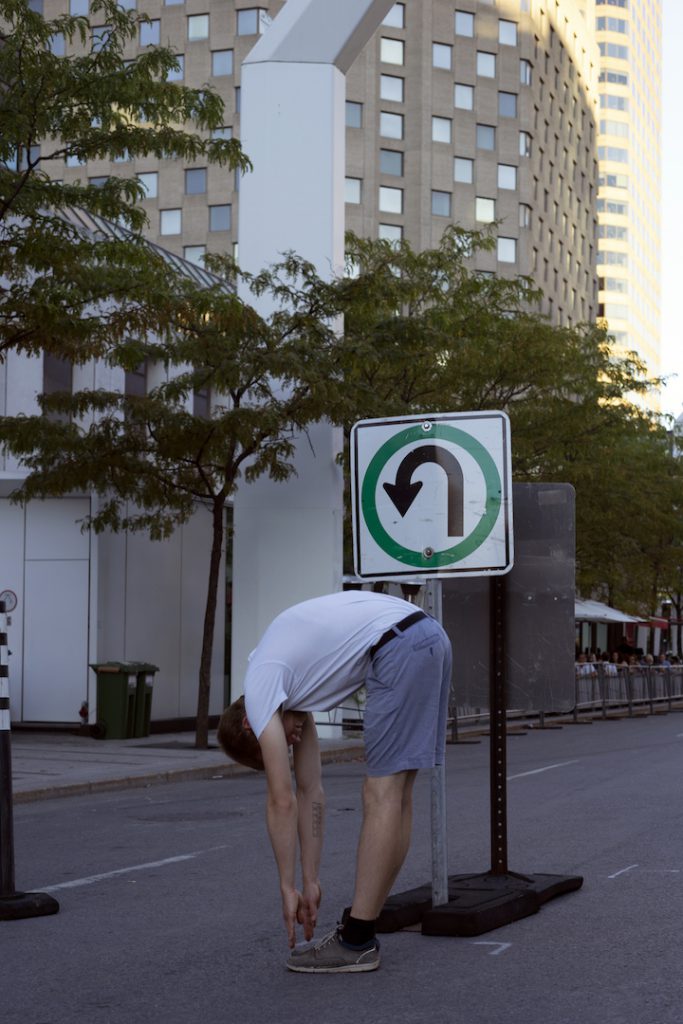 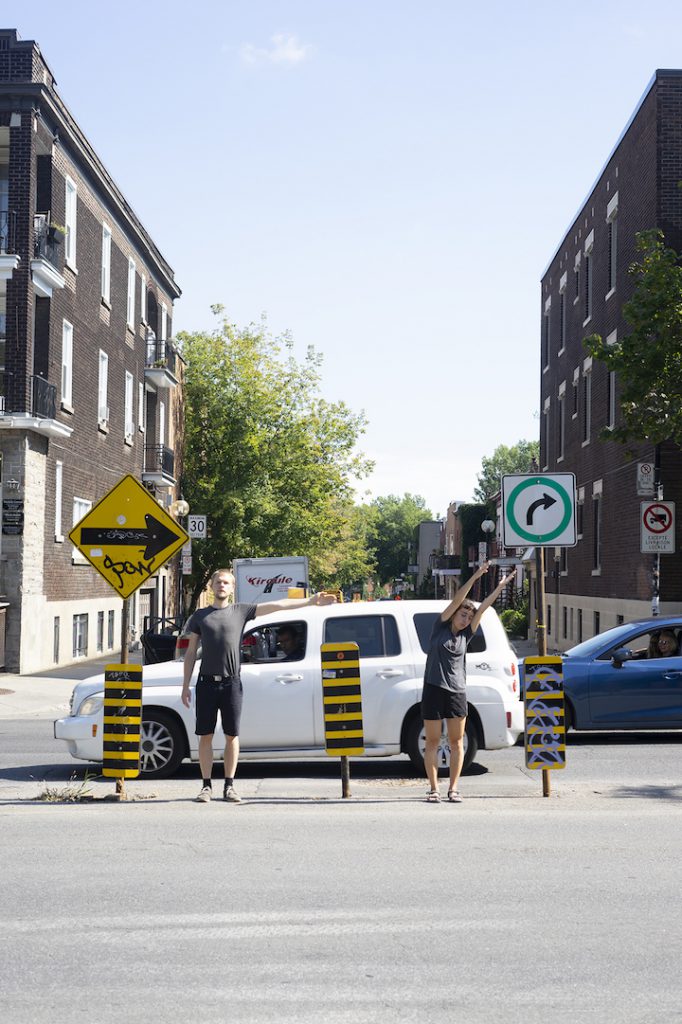 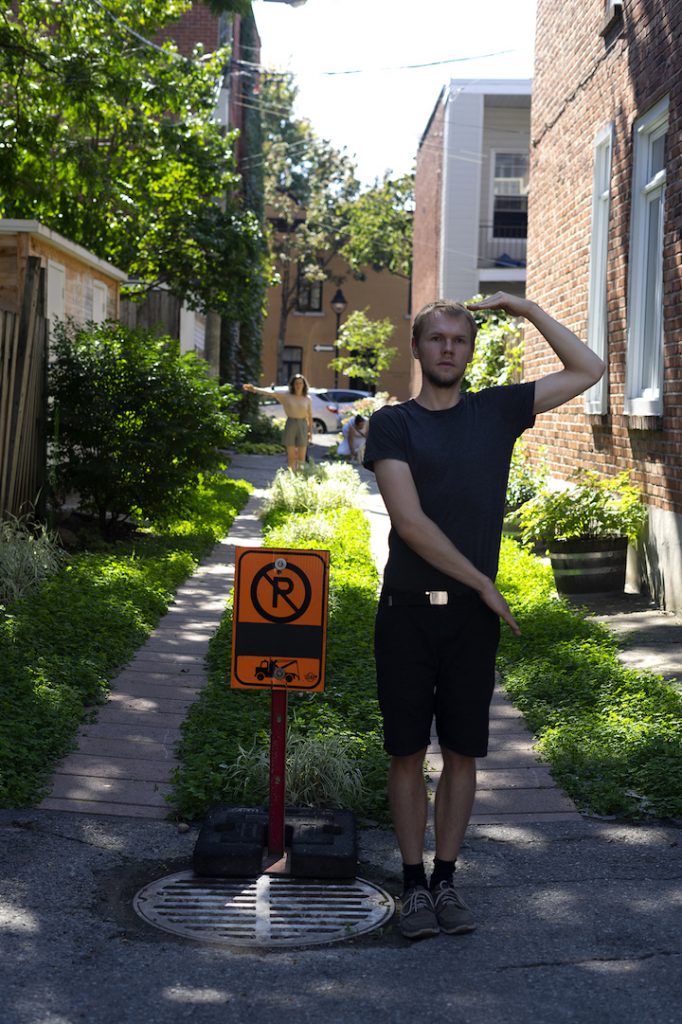 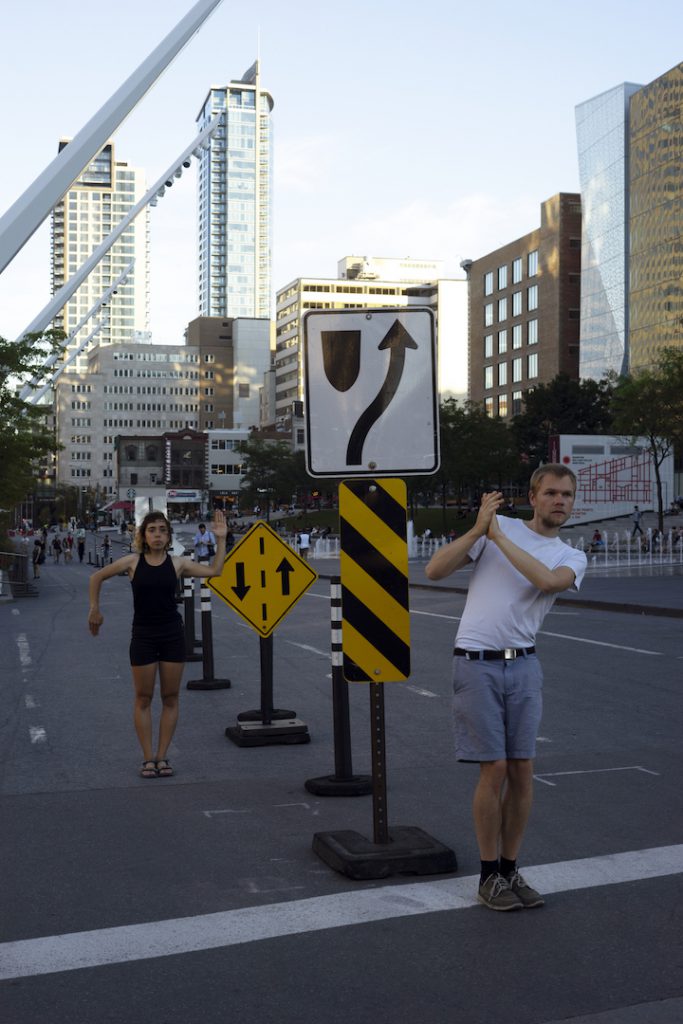 How to Decode Urban Signs (Revisited 2018)« In 2016, the work »How to Decode Urban Signs« investigated the role of trafic signs in human movement through urban environment of Montreal. Several signs were decoded as performative instructions, using their pictorial content as a foundation. With Rudolf Laban’s notation system in mind, an alphabet of movement was created that abstracted but still displayed the icons it derived from. Revisiting Montreal in summer 2018 this alphabet was enriched and investigated due to several improvisational performances in diferent areas of the city. The aural sphere of the decoding process was explored as well. Taking a sequence of images from mapillary.com containing street signs as input, a chain of programs generates a soundtrack on the spot, based on the appearing street signs. Diferent street signs lead to diferent results and the program can be played with any sequence that was uploaded to Mapillary, as long as there are street signs recognized by the page’s algorithm. The core of the project is to reveal the highly complex visual input that cities expose to the human body and translate this constant stream of information into a dance piece. 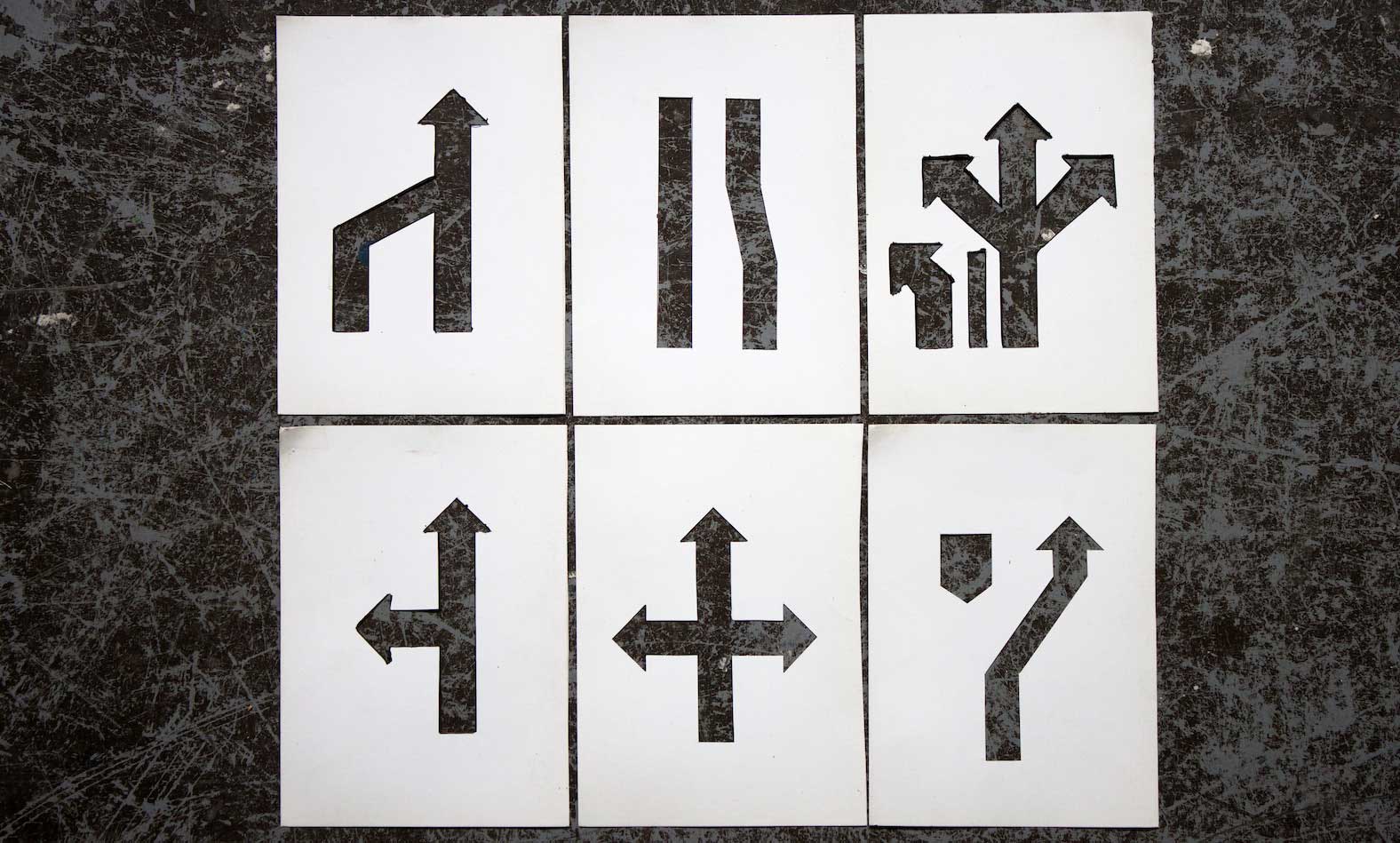 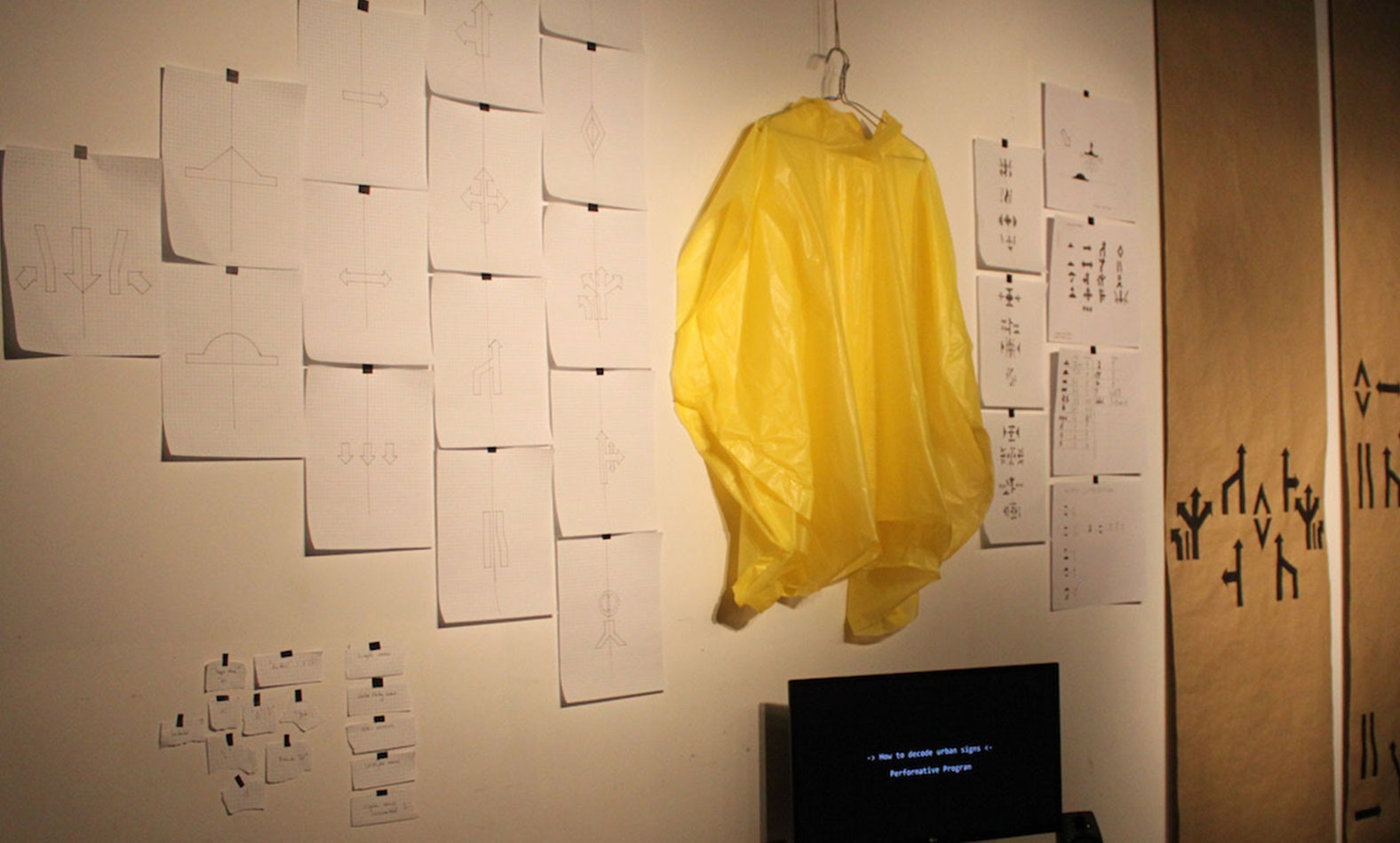 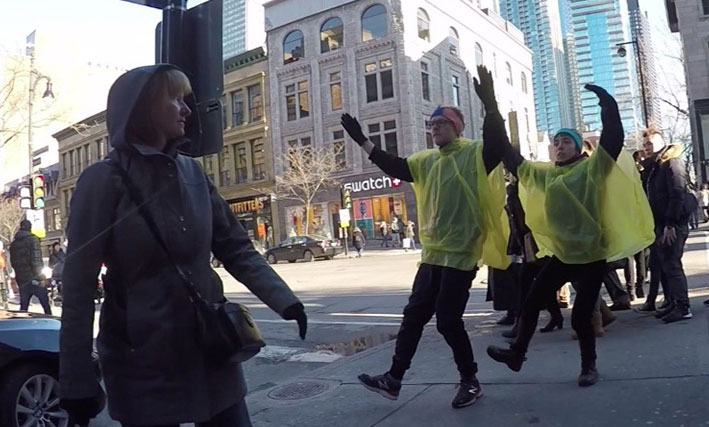 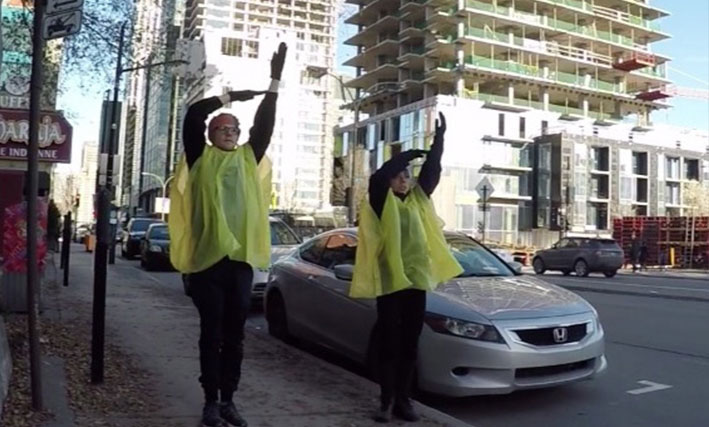 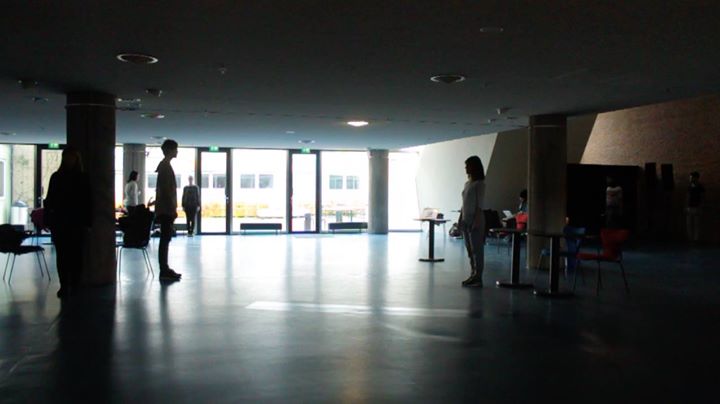 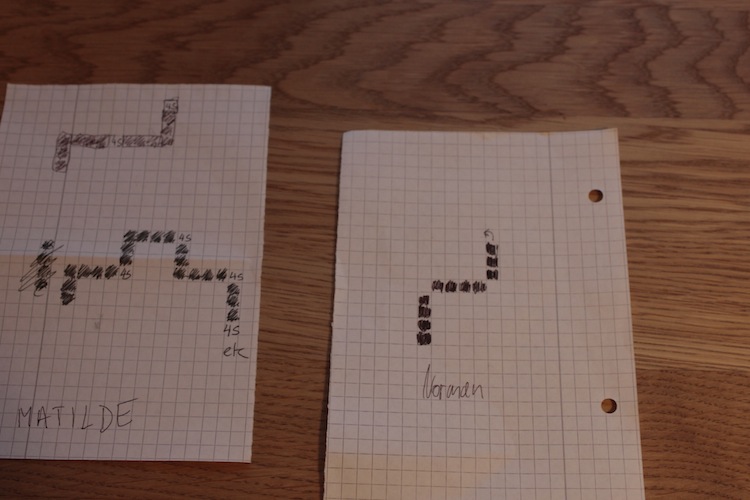 The performative piece is inspired by the idea of universal computation and systems theory. This way each person (performer) is understood as a similar but unique cellular-automaton-like element with his own rules. Through interaction with living or non-living objects the rules of the person change, thus creating more complex and different patterns. Through the performance we discuss the questions of natural / unnatural, individual / collective decision-making and the idea that all subjects and objects in the environment have an effect on each other.

As a performative piece, (e)merging properties is developed in the framework of "The Mess with Tech, Sense and Thinking" (MTST), a collaboration between Bauhaus University and Kunsthochschule Berlin Weißensee for transmediale / conversationpiece 2016.

It was shown at the HKW Berlin during transmediale 2016.